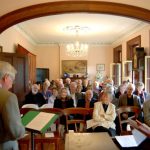 During 2009, the Glebe Society celebrated the 40th anniversay of its founding in 1969. 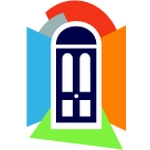 The Glebe Society’s constitution includes opposing developments detrimental to our heritage conservation values, preserving and enhancing the natural and architectural character of Glebe by encouraging the protection of heritage in town planning, architectural and conservation practices, promoting an interest in heritage conservation and appropriate maintenance practices, and stimulating interest in the historical character of Glebe by encouraging research into the history of the area.

Come one, come all, to this year’s Christmas Party. It’s a celebration of the season and a final knees up occasion to mark the end of the Glebe Sesquicentenary year and the Glebe Society’s 40th Anniversary. This year it will be held at the Wentworth Park centre on Friday 11th December.

A Community Update on the planning process for the redevelopment of Harold Park will be held on Wednesday 2nd December 2009 at St Scholastica’s College from 6.30 till 7.30 p.m.

A Trivia Night is being run by Glebe Public School’s P&C to raise funds for a stove and Year 6 class camp.
It is on Friday 4 December, 7-10 pm at the Glebe Rowing Club, end of Ferry Road.

The City of Sydney and the NSW Police are hosting a series of “Good Neighbour BBQs”. Come along and meet your neigbours and learn about what we are doing to improve your neighbours. The days will feature Australian Wildlife Displays, live music, children’s activities, a free BBQ, and information on safety and security initiatives in your area.

Bel a cappella: an Evening Hymn, a celebration of English choral music, in the exquisite acoustics of St Scholastica’s Chapel, Glebe on Sunday 22nd November.

The Glebe Society has received a request to distribute notice of a rally to protest against elements of the Common Ground proposal in Camperdown. Though it is not in Glebe, the issue is an important one and some members may wish to attend the rally. See below. Lesley Lynch, President.

Come and join the History Walk on 18th October and find out more about our many wonderful heritage buildings.
The Walk will start at Benledi, 186 Glebe Point Road, at 1.30 p.m. and will take about two hours. It will be followed by afternoon tea at Benledi from 3.30pm to 5pm and a talk by our local historian, Max Solling.

The 20th Annual Glebe Music Festival, 8th November to 6th December 2009, again brings local and international artists together for a celebration of music in unique venues in and around the Glebe community.

In June 2009 the City of Sydney decided the rezoning and development of panning controls for Harold Park would be done through a site specific plan. A specific LEP and DCP will be prepared and the city planners expect the process to take at least 12 months. The Glebe Society met with Council planning officers in July and presented some preliminary views on acceptable planning principles which had emerged from discussions within the society and with interested locals. A summary of these is reprinted below.