The President’s Page – The Glebe Society 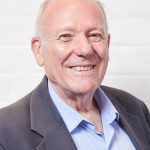 Catch up with what’s been happening at the Glebe Society. After ten years doing an amazing job as editor of the Bulletin, Virginia Simpson-Young is standing down. Allan Hogan takes her place on an interim basis. Welcome also to three new committee convenors – Louis Taborda, Community, Tamira Stevenson, Environment and Duncan Leys, Transport. 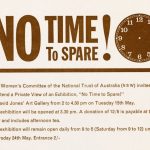 In his President’s Report, Ian Stephenson announced that the Society is looking for Convenors for two Subcommittees – Community Development and Environment. He also reports on the National Trust’s ‘No Time to Spare II’ exhibition at the Riverside Theatre, Parramatta. 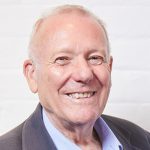 From the President
Posted on 7th July 2022

An update on what’s been happening in the last month, including recent and upcoming Glebe Society Guided Walks, musings on Glebe’s radical history, and info about Hands Off Glebe’s upcoming screening of the movie, ‘The Public’.

Catch up on some of the things we’ve been doing over the last month. As well as a meeting with Lord Mayor Clover Moore, the Society made detailed comments on Council’s proposed Community Strategic Plan. Our annual biodiversity lecture featured Professor Dieter Hochuli from the School of Life and Environmental Sciences, University of Sydney, talking about ‘how nature survives and thrives in urban environments, and why it matters for the future of our cities’.

Catch up with what we’ve been doing by reading the President’s Report. This month has included meetings with Council, and the Anzac Day service at the newly cleaned Glebe War Memorial. The NSW Land and Housing Corporation’s ill-considered plans for development in Glebe continue.

Catch up with what we’ve been doing by reading the President’s Report. This month has seen us attending meetings with Council and other groups with similar goals to ours. Our program of Guided Walks is also going strong. 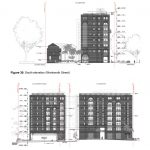 In November, the Sydney City Council’s approved a Development Application by the NSW Land and Housing Corporation to erect two 8-storey apartment towers and five 3-storey terrace houses in the St Phillips estate in Glebe. This represents the most serious threat to the urban character and community of Glebe – what makes Glebe’s special – in almost fifty years. 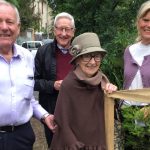 From the President
Posted on 11th November 2021

New Glebe Society President, Ian Stephenson, reports on a busy October for the Society. In this picture Ian stands to the left of Norma Hawkins at the tree planting ceremony in her honour. 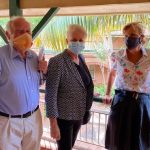 Report from the Glebe Society President, Janet Wahlquist on the Society’s recent activities.

The Glebe Society calls on the Government to reject this Bill. The proposed changes go far beyond the stated intent in relation to foreign donations, and will result in unintended consequences that stifle social advocacy and democratic debate.

By Allan Hogan, August 20, 2017. It’s been a busy year for the Society, with many notable achievements, but we’re not sitting on our laurels, there are ongoing issues that require continuing attention.

All members of the Society, and especially new members, are cordially invited to attend the Annual General Meeting of the Society at Glebe Town Hall, St Johns Rd Glebe on Sunday 20 August at 11am.

Historic Buildings Top the Charts in Glebe Society Survey and
End of an era: Liz Simpson-Booker retires as Heritage Convenor