Sadly, this is Virginia’s last Bulletin, at least for now. This has prompted me to look at all the Bulletins, since 1969, on the Glebe Society website.

The first item is an undated notice written by Dr K. T. Fowler. It starts with: MEETING OF GLEBE RESIDENTS at 8 pm on this Thursday, April 24, a meeting will be held upstairs at Glebe Town Hall in St John’s Rd.

Things moved fast. The first edition of the Bulletin, Vol. 1 No. 1 was published in July 1969. It reported:

Since the first General meeting of the Glebe Society on June 19, the members of the various sub-committees have met to discuss how The Society will concern itself mainly with the problems threatening Glebe as a pleasant place to live.

It announced that the first activity organised by the Society was a Historic Walk round Glebe, led by Max Solling, on Saturday, July 19:

The walk will start from the main gate of St. Scholastica College, Avenue Road, Glebe at 2.00 p.m. After an inspection of the college, the walk will proceed to other points of interest in Glebe. AII members are welcome. If it rains the walk will be postponed until the following Saturday.

It also announced that at the last general meeting of the Society at, Glebe Town Hall on June 19 it was decided to hold an Annual General Meeting, to ratify the draft constitution:

The meeting will be on Thursday, September 4, 1969 at Glebe Town Hall. Copies of the proposed constitution accompany this news bulletin.

There have been another 517 Bulletins since then. Until Bulletin 1993/6, articles were typed on various typewriters from ones with keys to golf ball. Early issues were typed on ‘skins’, with corrections made with ‘nail polish’ and printed on Gestetner or Roneo machines. Later issues were typed on paper, assembled by ‘cut and paste’ and printed on photocopiers. They were decorated with logos, drawings and maps copied from various sources, not always straight, and were sometimes a bit messy. They were printed on photocopiers. The masthead evolved over time, but a drawing of Lyndhurst and later a door were used as logos.

Bulletin 1993/7 was the first to be typed using a computer program, when Jan Macindoe was the editor. Gradually we were able to add photos, in black and white. Bulletins now looked ‘cleaner’ and more professional.

Later, the Glebe Society had a website, which included a copy of each Bulletin. The Committee had discussions about the effect this might have on membership numbers, if the Bulletin was available free of charge. Of course, attitudes changed, and eventually the old ‘copy and paste’ issues were found and digitised – the complete set is now on our website.

Bulletins are sent to the Glebe, State and Federal Libraries. They are also sent to the Lord Mayor and other Sydney Councillors. Initially, all Bulletins for postcode 2037 were hand-folded and delivered by members. At one stage, they were folded by senior citizens, possibly at a location behind the set of shops at 144 Glebe Point Rd. Later they were all delivered by the Post Office. Email saved the day during COVID times. Currently, with many members choosing email delivery, some hard copies are once again hand-delivered by members.

Thankyou Virginia for continuing to raise the standard of our Bulletin since 2013.

In alphabetical order by surname: 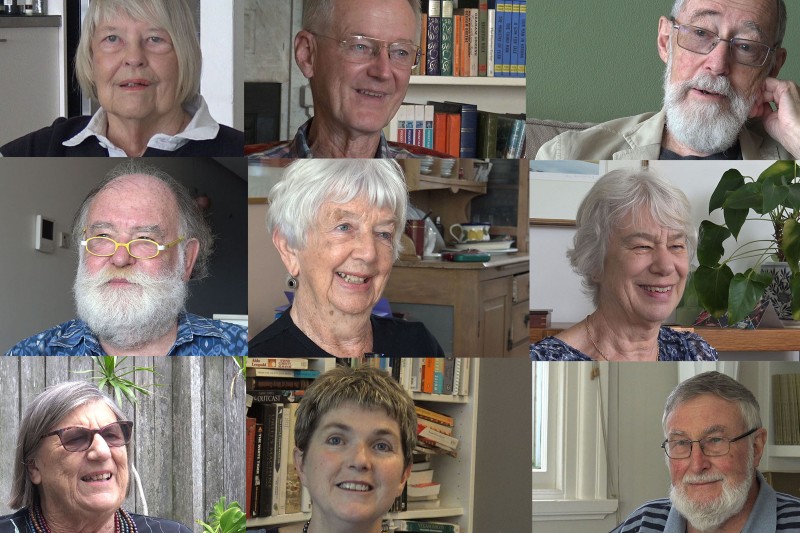