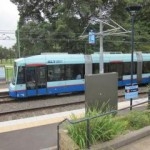 Government taskforce to advise on development of our bays

The Minister for Planning, Frank Sartor, has confirmed that the Government has established a taskforce to advise on the range of development scenarios for the ‘Bays Precinct’ (including Glebe Island, White Bay including the disused power station, Rozelle Bay and Blackwattle Bay). The taskforce comprises the Coordinator General (chair), Department of Planning, SHFA, Sydney Ports […]

It was a time for celebration , with the official opening of the restored Bellevue in Blackwattle Bay Park on Saturday 3 March, 2007. The elegant style of the occasion was in keeping with appearance of the building itself. Those who arrived early enough sat at tables with covered with gleaming white tablecloths. Smartly dressed […]

Slipways Slips in Another One

Sydney Slipways, which was given approval last year by the Minister for Planning, Frank Sartor, has asked for a variation to extend their anchorage limit by 6m in the southerly direction by the side of the old Glebe Island Bridge. This may sound a small amount but the total distance to the other bank in […]

This document should be read in association with the Society's Bays and Foreshores Policy and the mission statement of the Blackwattle Cove Coalition. The Policy Statement was presented to the Glebe Society Management Committee meeting on 14 March 2007, and was subsequently published in the Bulletin.   The Glebe Society is one of the contributing […]