Welcome to Twitter – A How-to Guide – The Glebe Society

The Glebe Society is now on Twitter! So what does this mean for members and how can members use Twitter? Hopefully the following article will clear some of the confusion surrounding twitter and allow members to start tweeting. 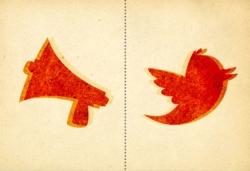 Twitter is a social network allowing users to express their views and communicate with others rapidly and with a minimum of formality. Twitter restricts the length of messages to 140 characters. This places big restrictions on what it can be practically used for and makes users construct short, concise messages. If a user wants to send a message longer than 140 characters, then it is probably best they use something other than Twitter.

Twitter messages, known as ‘Tweets’, are able to be read by any other Twitter user. If a user only wants to read Twitter messages then there is no need to register as a user. All you need to do to read Tweets is type twitter.com into your web browser and the Twitter page will be displayed. If you do want to send messages (‘Tweet’), then you will need to become a registered user. Note that it does not cost anything to become a registered user, you simply go to twitter.com and fill in the details.

Once registered, a user is then able to post Tweets. A registered user is also able to follow other Twitter users allowing them to be informed of what the other users are Tweeting. Registered users can also be followed by other users. By following other users with interests similar to your own, you are able to more easily stay in touch with what others are tweeting. There is no real limit to the number of users you can follow or have following you.

Sent Tweets (posted Tweets) show up in the user’s Timeline. Users are able to review their own or anyone else’s Timeline allowing them to see what they have Tweeted in the past. To see another user’s timeline, all you need is the other user’s username; known in the ‘Twitter-sphere’as the user’s ‘handle’. Usernames or handles are in the form of @username, for example the Glebe Society’s handle is @glebesociety. Try searching on @glebesociety to view the society’s timeline.

A Twitter user is also able reply to and re-tweet other users’ tweets. Replies can be public or direct private messages (Direct Messaging). If unwanted messages (spam) are being received from an annoying user then messages from that user can be blocked.

Tweets may have hash tags inserted in them to help other users search for tweets on particular topics. Hash tags are denoted by the # symbol followed by a word or string of characters; for example, #Sydney or #glebesociety. Users searching for Tweets on a particular topic can search for Tweets containing the hash tag. For example, inserting the hash tag #glebesoc into Glebe Society tweets allows other users to search for tweets mentioning this hash tag. Searches for hash tags will find Tweets that include Tweets made by the Society itself and Tweets made by other Twitter users provided the Tweet includes the particular hash tag.

Due to the restricted message length, Twitter is often used to refer to updates or changes to media publications. For example, newspaper or publishing groups often post tweets of updates to online editions of newspapers including an internet link to the publication.

Most web links (or URLs as they are more formally known) within Tweets are too long however, as they take up too many of the 140 available characters. For this reason, Twitter users tend to use what are known as micro URLs. A micro URL is simply a compressed or shortened form of a URL. To generate a micro URL, simply type the full URL into one of the many available micro URL generators available on the web (search for micro URL). For example, typing the URL for the Glebe Society’s news page, https://www.glebesociety.org.au/?page_id=7989into the micro URL generator called TinyURL.com returns http://tinyurl.com/otyeomw (26 characters), which is much shorter than the full link. An example of a Tweet to publicising a Glebe Society news item could read:
“The Glebe Society has reported on its recent events night, see http://tinyurl.com/otyeomw”

If you have any questions regarding Twitter simply send an email to twitter@glebesociety.org.au.