Built in 1883, the house is the work of Ambrose Thornley jr. and is located in Blackwattle Park overlooking Blackwattle Bay. It is one of the few surviving examples of mid-late Victorian dwellings that characterised Jarrett’s Point on the Blackwattle Bay foreshore.

Bellevue is reputed to have been built for Jarrett’s daughter, although the first occupant was Ewin Cecilia and J G Warden moved in a year later. Jarrett died in 1901, and it was not until 1913 that Bellevue and was sold on to solicitor William Archibold Windeyer. Windeyer sold his land on the Point to Property Purchase P/L in 1939. Vanderfield & Reid Ltd bought the property in 1948 and sold it on to Korvette Hardware P/L, and Parkes Developments P/L in 1970. At this time the foreshore land was zoned industrial, and described in the “The Glebe” newspaper as “a disaster area – deserted timber yards, empty fuel drums littered about, derelict houses and rusting hulks of barges moored to rotting jetties”.

Parkes obtained approval for a large apartment development for the site. As a result of opposition from community activists and members of the Glebe Society, who particularly opposed the demolition of Bellevue, the developer agreed to set aside land on the foreshore for a park and restore Bellevue for community use. However Parkes commenced demolition, insisting that it was an unfortunate misunderstanding. Parkes halted demolition but failed to restore Bellevue.

Leichhardt Council purchased the foreshore parkland, including Bellevue, at the end of 1981.

Until recently, Bellevue remained a shell of its former self but has it now been restored.

Bellevue can be visited as part of the Glebe Early Architects Walks and the Glebe Foreshore Walk. 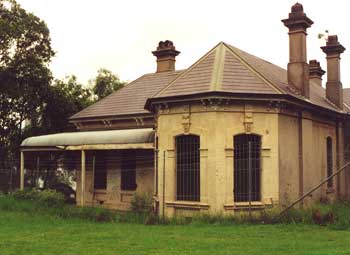 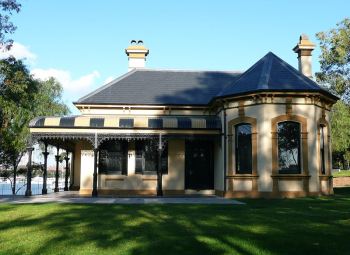