What the 2021 Census says about Glebe and Forest Lodge

The recently-released preliminary results of last year’s Census highlight some of the characteristics of our 2037 enclave and some differences from what we might expect.

Glebe and Forest Lodge house quite a small population of 16,641 people with a slightly higher proportion who are women, 51.8% in 2037 vs 50.6 % for NSW. We’re a bit younger than state and national median ages, at 36 years against 39 for NSW and 38 for Australia. But we are significantly lower in our percentages of school-age kids and people over 50 years, displaying a pronounced demographic bulge among 20 to 39-year-olds. 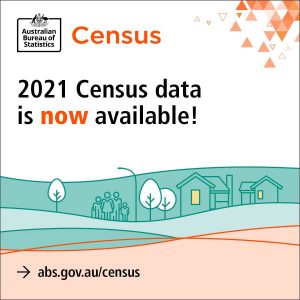 Our households average two people, with more than half being couples without children living with them (52.2% vs 37.9%). Of those with children, two-thirds are couples, and one-third are single parents, 85.5% of whom are women. Families with children average 1.6 children, presumably leaving some space for a dog. Compared to the state, significantly more of us aged over 15 are not married (51.9% vs 42.1%), and nearly twice the NSW proportion are in de facto relationships (18.9% vs 10.6%). Only 2.6% described themselves as widowed, half of NSW’s 5.1%.

Not surprisingly, given our streetscapes, we are very much more likely to live in medium-density terraces, semi-detached houses, townhouses or flats than elsewhere in NSW, 84% vs 33.4%, and even more than the Australian average of 26.8%. Occupancy of separate houses is even more dramatically different: a teeny 4.5% for Glebe and Forest Lodge compared to 65.6% for NSW and 72.3% for Australia. Our homes are also smaller, averaging 2.1 bedrooms compared to the state and national average of 3.1. We are twice as likely to be renting (61.2% vs 32.6% for NSW) and our rents are higher than state and national averages, as are our mortgage payments.

More of us were born overseas, 43.4%, than across NSW, 34.6%, and Australia, 33.1%. Overseas birthplaces were most likely to be China (4.9%), England (4.8%), New Zealand (2.8%) or Vietnam (1.8%). Much the same was recorded for the countries of birth of our fathers and mothers. This diversity is also reflected in our claimed ancestry, which is less likely to be Australian and more likely to be Chinese, Irish or Scottish. As might be expected, Mandarin, Vietnamese and Cantonese feature much more highly among languages other than English spoken at home; perhaps surprisingly, Spanish and Greek are also in the top five.

The long-standing Indigenous population of Glebe is visible, with 2.6% of respondents identifying as Aboriginal or Torres Strait Islander (vs 3.4% for NSW and 3.2% for Australia).

Despite the number of churches and temples in the district, 54.5% describe ourselves as having no religion against 38.4% for Australia and the lower 32.8% for NSW. Only Buddhism is more followed in 2037 than state and national averages, with 3.7% adherents against 2.8% for NSW and 2.4% for Australia.

In summary, the typical resident of postcode 2037 might be described as a young- to middle-aged woman renting a flat or terrace and unlikely to have a car. If she is studying, she is probably at university. Very likely to have been born overseas, she is unlikely to be religious, married or living with children. Future releases of Census data will tell us more about her and about the rest of us who live in one of Sydney’s oldest villages, postcode 2037.