Laurel Tree House, a long-standing and much-loved not-for-profit childcare centre at 61 Arundel St in Forest Lodge, is set to close at the end of the year after the NSW Land & Housing Corporation (LAHC) announced its intention to sell the site in the Spring. The Centre has been run by KU Children’s Services for forty years and many in the local area have a strong connection to the Centre. Parents of children currently attending the centre have launched a campaign to save it, with a petition now standing at nearly 1,000 signatures and strong support from Jamie Parker MP and City of Sydney Councillor Linda Scott.

Laurel Tree House is unique among childcare options in the area, as a heritage building with beautiful and adventurous outdoor space; a small, family-like atmosphere; a long-serving, culturally diverse and highly skilled team; and as an institution with deep connections to the local community and Sydney University.

KU Children’s Services have rented the property from LAHC for forty years, first on a ‘peppercorn’ rent and more recently on a commercial rent. LAHC first announced their intention to sell the site in 2013 but local campaigning prevented the sale and allowed KU to retain the service. KU offered to purchase the site at that time, including developing plans to expand the number of places offered at the Centre and receiving financial commitments from the City of Sydney to support upgrades. However, this offer was not accepted by LAHC.

In early 2021, LAHC again advised KU of their intention to sell the site through auction in the Spring of 2021. Families of children currently attending the centre were advised in April that KU would not seek to purchase the building at auction and that Laurel Tree House would close at the end of the year.

Parents have been campaigning for the past two months to bridge issues between stakeholders to save this precious community asset. Jamie Parker MP and Councillor Linda Scott have been strong advocates for keeping the Centre open, with Jamie negotiating with LAHC to provide KU with a first right of purchase (which it appears has not previously been available), and Linda writing to Housing Minister Melinda Pavey on behalf of the campaign. Families and local community members with connections to Laurel Tree House have compiled a 22-page dossier of ‘love letters’ to the Centre, including families’ stories of what makes the Centre so special and children’s drawings.

Parents have also noted concerns that KU will not deploy their significant net cash assets, contributed by generations of parents and subsidies, to save a top-rated and in-demand service and have asked for a cogent and transparent explanation for this decision.

In response to concerns raised by parents of the service about the lack of transparency around KU’s commercial decision to close the service at the end of the year, KU Children’s Services’ Board met to review the decision to close. The closure decision was reaffirmed in writing to parents on 16 June, with the Chair of the Board indicating that there was ‘no scenario’ in which Laurel Tree House was seen to be viable in the future. 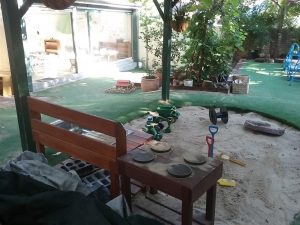 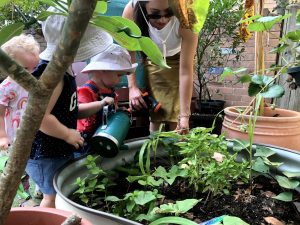 While the KU Board Chair and Co-Chair were happy to meet with selected parent representatives, they would not explain the ‘scenarios’ which had been considered by the Board or the exact basis upon which the long standing, top-rated service was considered to be non-viable, citing, unexpectedly, ‘commercial in confidence’ and a ‘lack of legal duty’ to disclose this information. Subsequent conversations illuminated however that a key issue for KU Children’s Services is the size of the Centre. It currently operates as a Long Day Care service with spaces for 38 children per day and KU have indicated that this is too small to be financially viable, given the high staffing costs to provide quality early childhood education.

KU … would not explain the ‘scenarios’ which had been considered by the Board or the exact basis upon which the long standing, top-rated service was considered to be non-viable, citing, unexpectedly, ‘commercial in confidence’ and a ‘lack of legal duty’ to disclose this information.

Additionally, despite a joint KU executive and parent working group being set up to find solutions to save the service, the decision by KU’s Board was made before they were advised of LAHC’s willingness to provide KU with a first right of purchase. 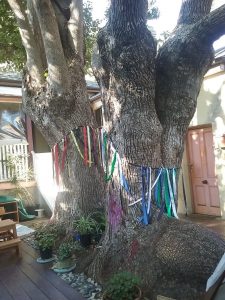 However, KU management indicated that this does not change their decision.  Instead, KU argues that LAHC have failed to maintain the property over the past seven years since the original campaign to save the Centre, and that the works required to upgrade the Centre are now cost-prohibitive. In a meeting with parents on 15 June and a follow-up meeting with parents and Jamie Parker on 16 June, KU further indicated that there is now no situation in which they would be willing to continue operating the Centre, even if the Centre were gifted and upgrade costs covered. This is despite KU Children’s Services, a not-for-profit, having net cash assets of over $45 million at the end of December 2020 and an operational surplus in 2020 of $7.6 million. It is also despite KU’s mission statement to invest in ‘children and education, not profit’.

The proposed sale of Laurel Tree House represents yet another attempt at privatisation of community assets in Glebe. It also represents a disappointing trend in the corporatisation of the not-for-profit sector, with a drive to bolster financial reserves over mission.

Outdoor space is at a premium in our local area. Our children live in apartments with small balconies or townhouses and terrace houses with tiny backyards. Laurel Tree House has large, beautiful outdoor spaces centred around a laurel tree, where children can run, climb, explore and get dirty. The rooms of this heritage building look out onto the outdoor area and children have the freedom to roam between indoors and out. They grow vegetables, fruit and herbs and learn to cook with them. In other centres in the area, children are stuck in upstairs rooms and have to be escorted to outdoor spaces at set times.

Councillor Linda Scott tabled a motion for the Council Meeting of 28 June to save Laurel Tree House. The motion requested that the Lord Mayor write to the Housing Minister and ask that the NSW Department of Housing undertake the necessary repairs to allow the building to continue operating as a childcare centre.

Parents of children attending Laurel Tree House have shared their ‘love letters’ dossier with the KU Management and Board and have asked them to review their decision on closure in light of their obligations as a registered charity, stated values, significant balance sheet and new information about LAHC’s willingness to negotiate with them.

Parents have also noted concerns that KU will not deploy their significant net cash assets, contributed by generations of parents and subsidies, to save a top-rated and in-demand service and have asked for a cogent and transparent explanation for this decision.

Parents and friends of Laurel Tree House ask for the support of the Glebe and broader community. Please could they sign the petition and write to the Housing Minister, the Lord Mayor and KU Children’s Services to ask them to work together to save this vital community resource. Or, if this is not achievable, to explain why.