Background
The Glebe Lands (Appropriation) Act, no 35 of 1974 passed on the 6th August, 1974 by the Whitlam Government, enabled the purchase and transfer of housing in the Anglican estates of Bishopthorpe and St Philips from the Glebe Administration Board. The Federal government was lobbied by the Anglican Church, The Glebe Society and Leichhardt Council to purchase The Glebe.

Tom Uren, the Minister for Urban and Rural Development, championed the legislation and 3,200 residents were invited to a public meeting on October 18th 1974 in the Glebe Town Hall, to unveil the details  of the restoration plan. The government implemented its program of urban renewal through the Glebe Project.

In buying the estate, the federal government wanted to:

Without the vision and advocacy of politicians, policy makers, community groups and local residents, the inner city, particularly Glebe, would have lost what we now see as its core value  – its dynamic and diverse community.

A display is at Glebe Library commemorates the principles of the legislation and the Glebe Project.

Photographs below by Bruce Davis and Jan Wilson. 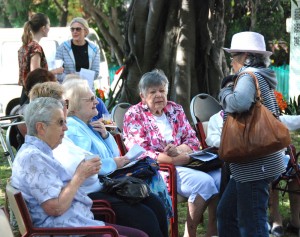 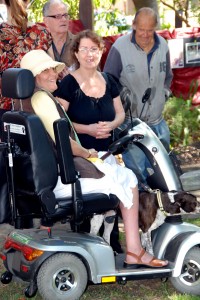 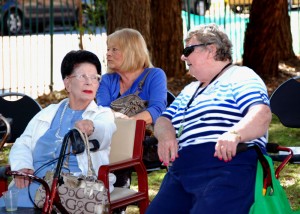 Everyone and their dog turned out to celebrate the 40th anniversary of the Glebe Estate. 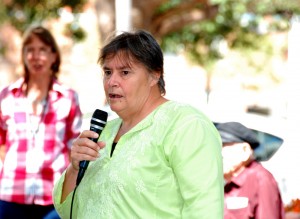 Margot Rawsthorne gets proceedings under way. 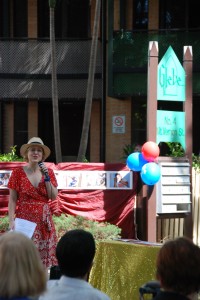 Current and past State MPs spoke of the
potential threat to the Glebe Estate
should the State Government extend
its policy of selling off public housing.

Above Verity Firth, former local member, and below 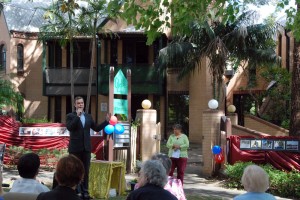 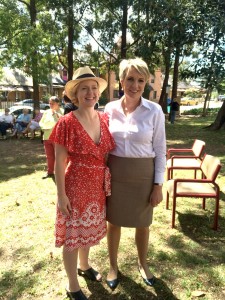 Tanya Plibersek, MP for Sydney and Deputy
Leader of the Federal Opposition (right),
with Verity Firth. 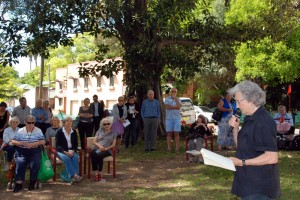 Deputy Lord Mayor, Cr Robyn Kemmis, reminding
the crowd about the history of the Glebe Estate. 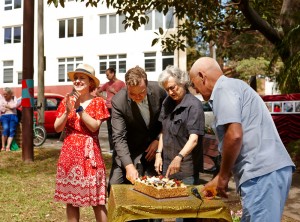