A meeting sponsored by eight community groups from around the Inner-West bays precinct (Blackwattle, Rozelle, Johnston’s and and White Bays) has called on the State Government to ensure that future development of the precinct is integrated, sustainable and recognises community interests (see text of resolution below).

The meeting, attended by about 140 people, also called on the Government to commence a consultative process for planning for the area that includes serious participation by the community.

The meeting was told that the community has a “once in a century opportunity to do something wonderful” with 80 hectares of  publicly owned land, five kilometres of Sydney Harbour foreshore and containing major heritage items with exciting adaptive potential. 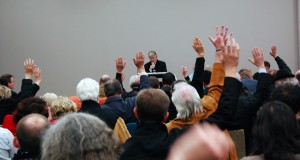 The meeting unanimously supported the resolution put by Lesley Lynch (with micraphone).  Click here to see other pictures from the meeting.

The CRG campaign working group will now act on the resolution and seek meetings with government and opposition as well as pursuing the final point asking us to explore options for making public ownership less vulnerable to developers and politicians.

We expect the Government to announce the promised stage 2 of the Bays Precinct Process in the near future. They are running out of time for the planning process to be completed before the election   – if they are serious about real community participation and adequate provision of planning information. We will be carefully assess the parameters and support for the community’s role in the process when it is announced. We can only hope that after the appalling start to stage 1, the next stage will be better thought through by Government, properly resourced and more respectful of the community’s capacity to contribute.

Not surprisingly, there is a common purpose emerging between the CRG campaign and the Barangaroo campaign – after all if the CRG’s proposed planning principles for the Bays Precinct had been in play for the Barangaroo site the current proposal – including the excision of part of the harbour for a private hotel- would not have got off the ground.

Anyone wishing to be involved in our ongoing CRG campaign for a proper vision and strategic plan for the future of this Precinct can contact Lesley at llynch@bigpond.net.au or John Brooks, convenor of the Blackwattle Cove Coalition at brooksjno@iprimus.com.au .

Public Resolution – Our Message to Government

This public meeting of residents from the communities adjacent to the Bays Precinct on 7th July 2010 endorses the Community Reference Group’s Objectives and Principles for the future planning of the Bays Precinct as set out in their advice to the Minister for Planning (March 2010) and calls on the Government to:

i) adopt these Objectives and Principles as the basis for an integrated strategic plan for the future of the Bays Precinct.

ii) put a halt to one off ad hoc planning/development decisions in the Bays Precinct pending the development of this strategic plan and ensure that these Objectives and Principles shape the implementation of already announced one-off developments.

iii) overcome current fragmentation of responsibilities by establishing a dedicated Bays Renewal Authority. This authority is to include relevant expertise and strong community representation and to be publicly accountable and subject to relevant planning, heritage and environmental legislation.

iv) act on its promise to set up a second stage of the Bays Precinct Consultation process to finalise the development of an integrated strategic plan for the Precinct in 2010. This process must include a formal and adequately supported community advisory committee with balanced representation from the precinct as a key player in this consultation process. There must be direct and effective linkage between this committee and the Bays Precinct Task Force.

The meeting calls upon the Premier Kristina Keneally and relevant Ministers and the Leader of the Opposition and relevant shadow Ministers to meet with the CRG members to discuss the CRG advice and the way forward.

The meeting also registered its concern that current or future governments would not respect the Objective and Principles protecting the remaining publicly owned foreshore land and harbour waters from further alienation, even if they were incorporated into future planning documents. It therefore decided to explore ways in which this public ownership could be more effectively protected. Proposals relating to this aspect will be the subject of further community discussion.

To read earlier posts on this subject browse to https://www.glebesociety.org.au/?p=3862. 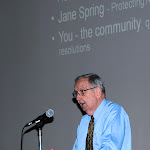 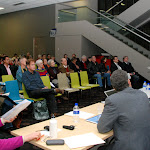 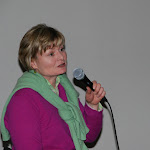 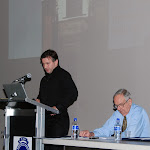 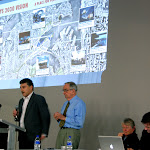 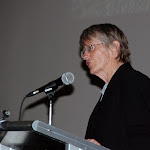 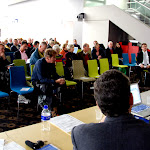 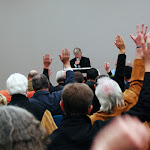