Bernard Smith Honoured by the Release of New Books

Bernard Smith, the ‘founding father’ of the Glebe Society, is being honoured this month by the release of a new biography and collection of essays.

Bernard Smith was the Glebe Society’s inaugural president and founding professor of contemporary art at the University of Sydney. In 1973, Bernard authored, with Kate Smith, the important book, The Architectural Character of Glebe.

Bernard Smith’s collection of photographs has been catalogued by the City of Sydney and can be viewed at http://photosau.com.au/cos/scripts/home.asp.

For more on Bernard Smith’s significant contribution to Glebe, see the entry on the Glebe Society’s website: https://www.glebesociety.org.au/?person=bernard-smith.

Glebe Society members are invited to attend the launch of these books and a public lecture, ‘Seeing art historically today: where we are and ways to go’. Further details below.

Hegel’s Owl: The Life of Bernard Smith by Sheridan Palmer 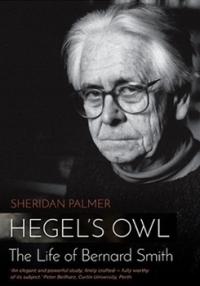 Bringing together years of interviews and insight through exclusive access to Smith’s papers and library, ‘Hegel’s Owl’ deftly reveals the unique character of an exceptional man, today acknowledged by many as the father of Australian art history.

The book is published by Power Publications, http://www.powerpublications.com.au/hegels-owl/.

The Legacies of Bernard Smith: Essays on Australian Art, History and Cultural Politics, edited by Anderson, Marshall and Yip 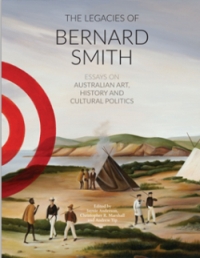 Bernard Smith could be called the father of Australian art history and his writings have helped change the field worldwide. He was the founding professor of contemporary art and the director of the Power Institute at Univ. of Sydney.

Among his most notable works, Bernard Smith published the ground-breaking European Vision and the South Pacific; the now classic text Australian Painting, 1788–1960; three volumes on the art of Captain Cook’s voyages; and two memoirs.

This book brings together a diverse range of scholars who explore the continuing resonance of Bernard Smith’s work in many areas, including antipodean and European ‘envisioning’ of the Pacific, the definition of Australian art, gallery scholarship and public art education, museological practice and art criticism, Australian art biography, and local heritage.

The book is published by Power Publications, http://www.powerpublications.com.au/the-legacies-of-bernard-smith/.