Excavation for the resurfacing of Glebe Point Road has unearthed the tram tracks under the roadway. Trams ran along Glebe point Road between 1892 and 1958. 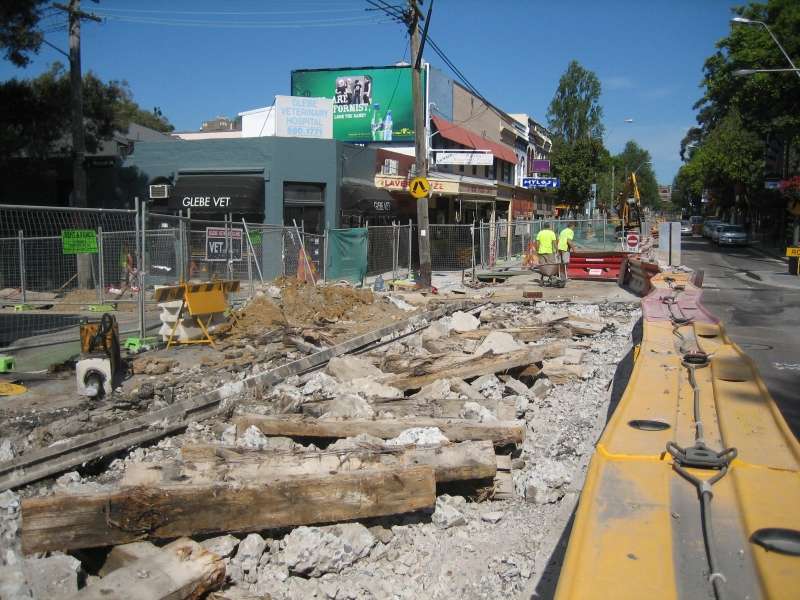 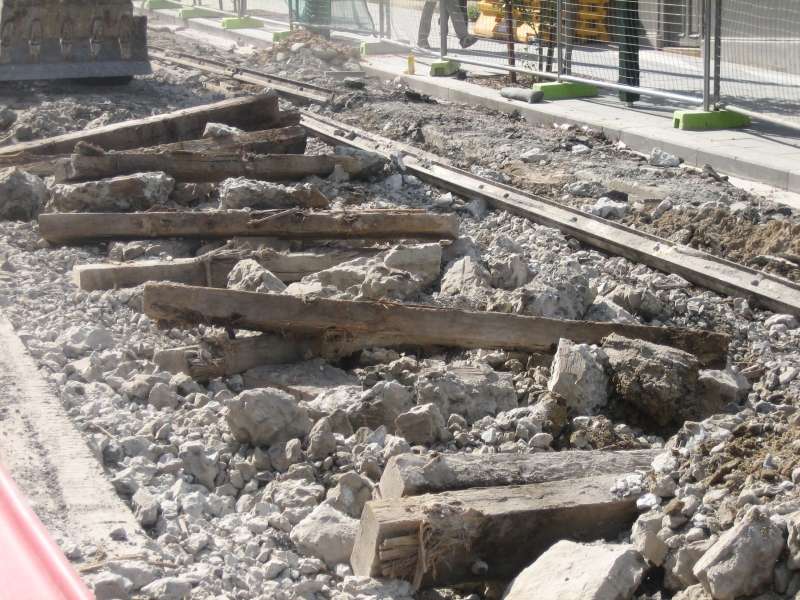 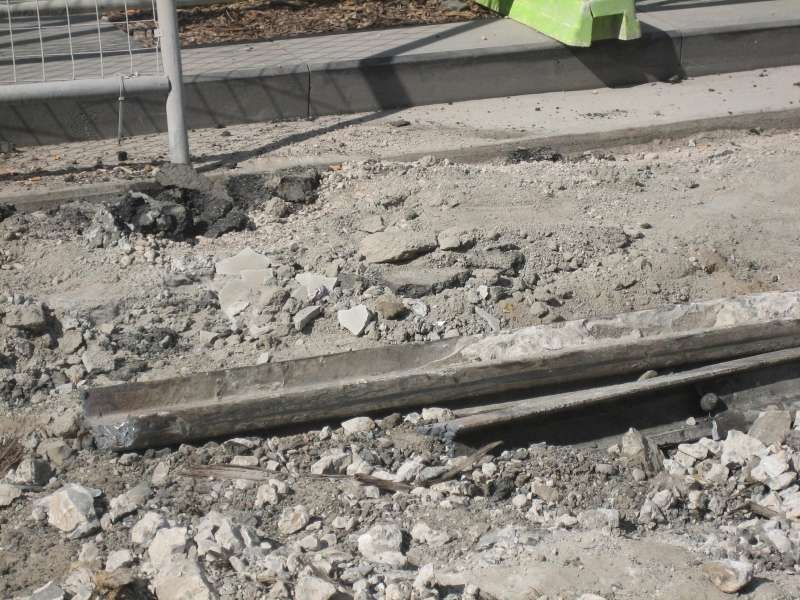 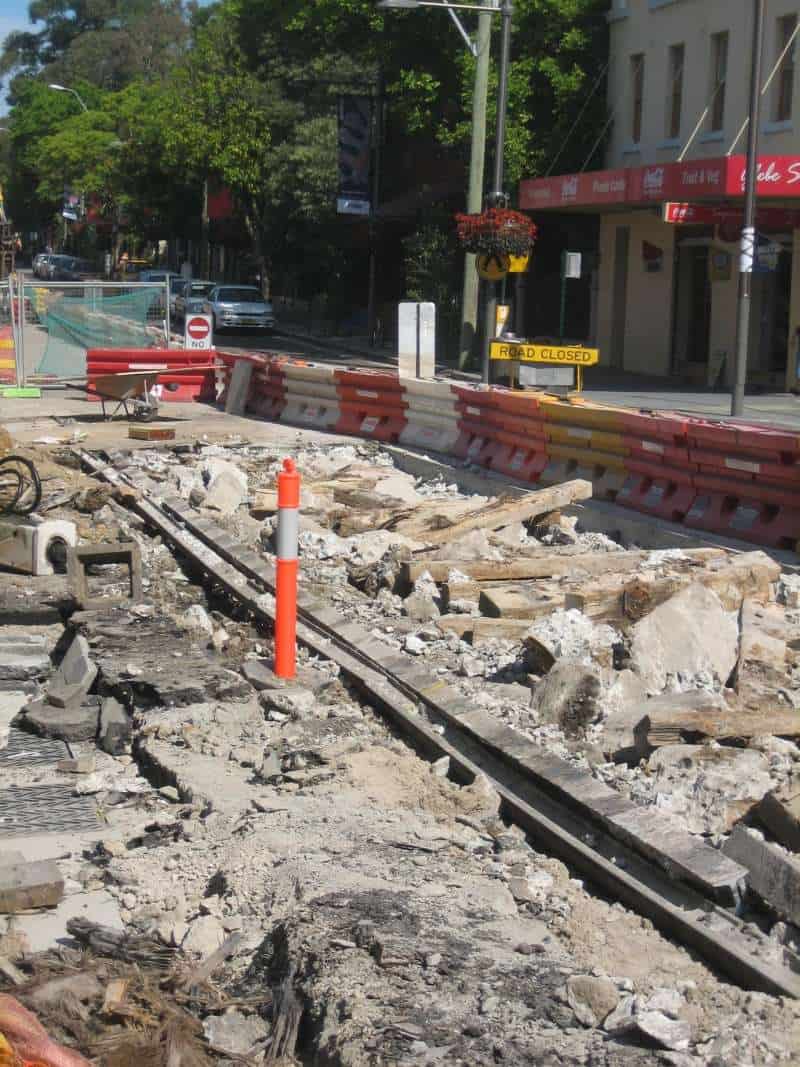