Rally to save the Glebe Youth Service – The Glebe Society

On Saturday 14th December several hundred Glebe residents and friends gathered in front of Glebe Public School to protest about the closure of the Glebe Youth Service (GYS) premises at 84 Glebe Point Road by Housing NSW.

The personal story of a Torres Strait Islander woman who has lived in Glebe for 20 years, explained how the GYS gave her support during her teens. GYS helped her overcome a great many difficulties and enabled her continue her education at tertiary level. Today. Acting Coordinator Amy said ‘Without its premises on Glebe Point Road the Service itself may cease to exist.’

There is real concern in the community that if the Service is not returned to its premises it will no longer be able to support local youth. The effectiveness of youth services has been responsible for a major reduction of juvenile crime in Glebe.

A resolution, calling on the Minister for FACS, Hon. Prue Goward to ensure that the building is made safe and to return the GYS to its long held location. Carried unanimously by those present. Attendees were also encouraged to write to the Minister indicating their individual support for the return of Glebe Youth Service, exhorting her to review process and ensure that GYS is rehoused at 84 Glebe Point Road and that its tenancy is protected for the future. 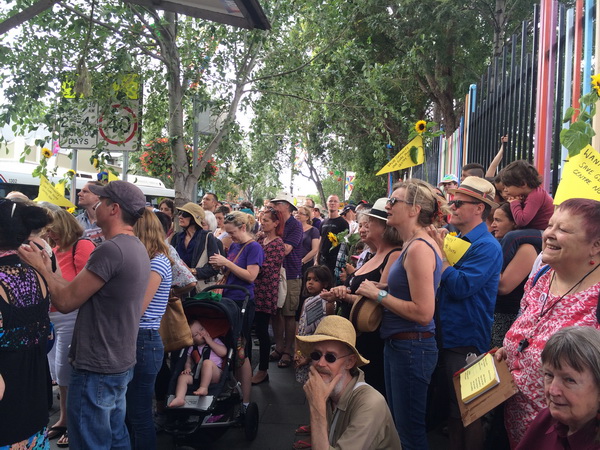