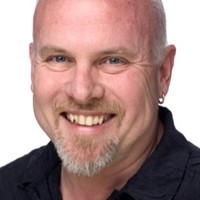 I am Mark Stapleton, President of the Glebe Society for the last few months. I was born on Gadigal land. I pay respect to the elders of all the First Nations countries that participants are joining in.

Our AGM is an opportunity to reflect on the Glebe Society’s work and the role of President as observed over the past two years.

The Glebe Society has a rich history and membership. Behind me is an image of Jack Mundey, one of many fearless activists who have done so much to preserve and build the best that Glebe can be for everyone who lives, works, learns and plays here. Recently passed, we are all so pleased that Jack was able to participate in our recent 50th anniversary celebrations. Jack is an inspiration to men and women in communities across Australia.

Society members are active people with strong interests. With a portfolio structure we include people with very specific interests in sub committees and with broad interests on the management committee.

The experience of having several Presidents within 12 months was positive in that people were able to bring energy to the work for a shorter time. Although four people were elected to be president in the end there were three of us. My thanks in particular to Brian Fuller and Janet Wahlquist for doing far more than their share.

At the same time rotation of a Management Committee role is a test for people to keep up and I am grateful for everyone’s patience.

This year we mourned the passing of Peter Thorogood who did so much for the Glebe Society and everyone who lives, works, learns and plays in this community. Vale Peter.

Lifetime member Neil Macindoe brought his planning expertise and experience to the Glebe Society for many years. Planning matters have been addressed by many Society members under the headings of heritage, community and environment. We have talked about new approaches to this area of focus including some kind of ‘brains trust’ so we welcome ideas from members about how to work on this front. The potential relocation of the Sydney Fish Market, the Bays precinct, revitalisation of old commercial areas like Glebe Point Rd, provision of social, affordable, public, private and community-based housing and safe ‘pop up’ developments such as bike lanes are all seriously important issues for people in Glebe.

Lesley Lynch will not stand for her role again this year and we thank her for her patience, forensic analysis and solid advocacy on behalf of Glebe. Lesley convened the Bays and Foreshores group since 2012, was President in 2009 and 2010 and became a Life member in 2013. We appreciate the time and effort invested and the patience shown as the political machinations continued. Thanks, Lesley, for your commitment. Lesley has said she will not be a stranger if and when we need to call on her experience and skills.

Janice Challinor will take a break from her Community Development role at the end of 2020. Modestly Janice told me that her work has been ‘talking to people’. Actually, Janice has worked tirelessly – with others ‒ connecting the many community groups and precincts across Glebe. Janice is the kind of person who decides to make things happen. Often unsung but deeply appreciated we know the impacts that Janice makes at personal and community levels.

Every community group will see some turnover in roles year by year. We invite members to think about roles that can be played to enrich and protect Glebe’s community, environment and heritage.

The Glebe Society is a collegiate body and new members are always given support, advice and guidance. So I encourage members to nominate and be welcomed.

Community organisations are intensely responsive to what happens and is proposed for the area. Glebe Society members network with many people. Many of us look to find out how we can use whatever resource we might have to make a difference.

This is why this year I am so pleased to be welcomed for our Annual General Meeting by The Glebe Youth Service. We are in a pandemic and before this we were and are in a market crisis that fails younger generations of all backgrounds.

The Management Committee made the decision to rotate the role of President for the 2019/20 year. This was a first for the Society and a positive response to the desire to introduce fresh thinking with an exchange of ideas across a broader President base as the Society entered its 51st year.

It was also a response to meet the time restrictions experienced by those who felt they could make a contribution albeit for a shorter period than is normally the case.

For the role to be successful during the full 12 months and to ensure the Society maintained reliable continuity to our Members and the Agencies with whom we have a relationship, it was appropriate that the Presidents adopted a consultative approach with each other across the year.

We believe that it was successful, as the Society continued to provide an advocacy role on community concerns whilst demonstrating its adaptability to changing circumstances as and when required.

We would recommend that it could be repeated from time to time as the circumstances deem it beneficial.

The relocation of the Sydney Fish Market had been mooted for some years.

With the release of the DA and submissions due by 13 November 2019, the Society needed to quickly galvanise the various opinions across the membership and determine the most effective strategic approach needed to achieve the maximum impact within the time frame.

The Society prepared an extremely comprehensive submission highlighting the inadequacies of the proposals in so far as they related to:

We very quickly letter boxed all of Glebe and Forest Lodge advising residents of the Society’s position and made recommendations for their own submission. We worked closely with Jamie Parker MP and his team to ensure that collectively the messages to the community and the Government were clear and united.

Although the State Government maintains that the relocation will proceed, we believe our submission was respected although not adopted. We continue to solidly represent the Society’s position at bureaucrat level and maintain continued dialogue with our State MP and, in the process, ensure we continue with a strong voice on the future of the Bay’s Precinct.

The City of Sydney invited submissions in relation to its draft City Plan 2036. Following discussions with Councilor Jess Scully over a shared concern for the future of Glebe Point Rd, the Society made a detailed submission to the City recommending that it stimulates the commercial activity on Glebe Point Rd towards a more viable future.

The recommendation encouraged the City to vary the planning restrictions on the eastern side of Glebe Point Rd between Parramatta and Bridge Rds, so as to facilitate diversity in the commercial offering and adaptability to meet the needs of today’s small to medium businesses, without detriment to the heritage significance of the buildings and the Heritage Conservation area generally.

The City has very recently confirmed that the submission will feed into the LEP which is currently being updated and scheduled to go on exhibition in March 2021. Council has acknowledged the Society’s recognition of the situation and a desire to engage in outcomes that meets the needs of a village market place going forward.

Notwithstanding the decision to rotate three Presidents across the one year, it is the strength of the subcommittees that ensures the continuation of the core activities of the Society across the pillars of Environment, Community and Heritage.

Throughout the year the subcommittees have been the drivers of significant submissions to the appropriate authorities in relation to Blackwattle Bay (in addition to the Fish Market), a fully-staffed Community Centre in Glebe/Forest Lodge, Social and Affordable Housing (including Boarding Houses), Planning Principles and Heritage Protection of Heritage-listed assets or those in the Heritage Conservation Areas. 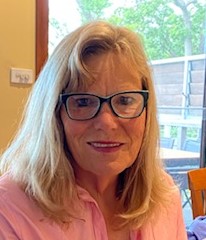 During my time as President (March to June 2020), the COVID restrictions shutdown came into effect. This resulted in Management Committee meetings being conducted by Zoom. Due to the issue of groups of people meeting, the task of packaging and delivering The Bulletin went online.

The Society has been promoting having a community centre based at Glebe Town Hall. We have engaged with other community groups in the area about this possibility. To this end, Janice Challinor and I had a meeting with the Lord Mayor. The meeting went favourably and the proposal is being examined by the City of Sydney.

Once the Covid shutdown commenced, the Parks and walking paths became much busier and new issues arose. It has become increasingly clear that there are not enough facilities for walking and that walking paths were often crowded and not safe when sharing paths with cyclists. Looking at ways that walking experiences could be improved and developed an obvious possibility seemed a circular walk around Blackwattle Bay.  A walk hugging the water around Blackwattle Bay which crossed the bay by Glebe Island Bridge could be a pleasant and attractive walk and cycleway not dissimilar to the Bay Run in Leichhardt/Drummoyne. Glebe Island Bridge has been allowed to fall into neglect and remains permanently open despites having been heritage listed. This would require the State Government and City of Sydney Council to make it happen and the renovation of Glebe Island Bridge so that it can open and close.

The Society had a meeting with Jamie Parker about the demolition by neglect of Glebe Island Bridge. Jamie Parker is keen to push and support action for the renovation of the bridge. Promoting this proposal is an ongoing issue for the Society.

Another matter the Society raised with Jamie Parker was the failure of the Heritage Council to force owners, be they private or government, to be responsible for reasonable repairs and upkeep of Heritage-listed properties. This is an ongoing problem and Jamie Parker advised the Society it is unlikely to be easily resolved as there is little money or resources allocated to this task by government.

The Blackwattle Bay Development Plan was also released during this time. It allowed for 42-storey buildings and a significant increase in density of population and use which would impact on Glebe/Forest Lodge. The Society, in particular Asa Wahlquist and Lesley Lynch, were involved in meetings with other resident groups, City of Sydney Council and our local member, Jamie Parker. in regard to this development. We also made a submission setting out our opposition to aspects of the development. This is an ongoing issue which we will remain involved in.