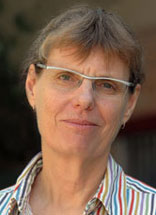 by Asa Wahlquist, Environment Subcommittee Convenor, for Bulletin 8 of 2020 (October 2020)

The proposed new Sydney Fish Market building has been the main focus of the Environment Subcommittee for the past year. I have worked closely with Lesley Lynch, the Bays and Foreshores convener, on this issue. Activities have included attending stakeholder meetings about the proposed plan and lobbying politicians. Brian Fuller, who was president over the critical period, was very supportive. We met with local State Member of Parliament, Jamie Parker, and with Federal Member, Tanya Plibersek.

I have largely worked alone on environment matters, but after the interest expressed by several members, we formed a Fish Market working group.

We realised there was a great need to inform people of the problems that would arise from the proposed building and decided to put together an informational flyer, along with a form letter objecting to the proposal.

The Glebe Society paid to have the flyer distributed.

The real work was responding to the Development Application, a hefty document with a dozen appendices where the real details were revealed.

Our objections to the $750 million construction of a new Sydney Fish Market are:

From an environmental perspective the biggest concern was the risk of chemical contamination.  The marine life in Blackwattle Bay is recovering from centuries of pollution. Twenty-six fish species and over 50 other organisms, including oysters, shrimp, limpets, sponges and algae have been identified in the Bay. The Glebe Society fears disturbing the sediment to build the Fish Market, particularly its under-water level carpark, would threaten this biodiversity.

The DA identified a terrifying host of chemical contaminants in the sediment, including PAH (polycyclic aromatic hydrocarbons) and TRH (total petroleum hydrocarbons), that were reported to exceed both low and high trigger value that are set to protect ecological communities. The heavy metals that exceed the high trigger values include mercury, lead, zinc, copper and nickel, while arsenic was also found. The past practice in managing these chemicals has been to leave them undisturbed in the sediment.: Indeed, a number of proposed developments in Blackwattle and Rozelle Bays have been rejected for that reason. Our continuing concern is that the toxic sediments could be stirred up, escape the barriers and affect the marine life of the Bay.

The State Government will need to raise $750 million to pay for this new Fish Market. That money will be raised through developments on the current site. The ‘Revitalising Blackwattle Bay’ proposes building several 45-storey towers on the current Fish Market site: for reference the pylons of the Anzac Bridge are 120 metres, while a 45-storey building is 156 metres high, tall enough to cast early morning shadows over Glebe. The Glebe Society made a submission objecting to the proposal.

A Blackwattle Bay Reference Group meeting in May was informed this area was seen as an extension of the CBD. Does this mean Glebe is next?

It should be noted that the expansion of the Sydney Fish Market is largely based on the assumption of increased visits from Chinese tourists. The Revitalising Blackwattle Bay buildings are intended to provide between 1,045 and 1,700 homes, and workplaces for between 4,000 and 7,000 workers. The COVID-19 pandemic seriously challenges these assumptions: Chinese tourism has ceased and CBD offices and apartments are experiencing an unprecedented number of vacancies as people work from home and move further afield.  If current work practices continue and the tensions between Australia and China grow, Blackwattle Bay risks becoming the site of several State Government owned white elephants.