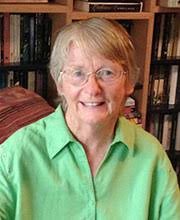 The Premier and Planning Minister are adamant that dramatic change is imperative. Their rhetoric focuses on the area as an extension of the CBD and ‘the new frontier’ (Premier Berejiklian) and the need ‘to amend the planning controls with a focus on jobs and economic activity (Minister Stokes)’.

The Glebe Society has no problem with this broad agenda – though like Pyrmont residents we are very wary of the possible implications of being incorporated into the CBD planning regime – but we have vehement objections to key aspects of the specific plans that have emerged over the last year.

While supporting the need for a new Fish Market, we opposed its surprise relocation to the head of Blackwattle Bay on multiple grounds – including traffic congestion, technical difficulties and likely greater cost of construction and the loss of opportunity to open the head of the Bay to the public.  In November 2019, the Glebe Society submitted an objection to the development application (written by Asa Wahlquist) on these and other grounds. Unsuccessfully.

In May 2020, the Minister designated the Fish Market as a special ‘fast tracked’ project and its DA with limited amendments was approved soon thereafter.  We were correct about our concerns as to the cost of building on the narrow strip of foreshore: it spiralled from the original $250m to an extraordinary $750m. This cost to the public purse appears to be one of the drivers for the subsequently proposed over-development of the Blackwattle Bay foreshores. The Fish Market construction is scheduled to commence in early 2021 and to be completed in 2024.

The Glebe Society is now focussed on ameliorating the impact of the relocation ‒ especially in relation to traffic congestion, improved public transport and noise impact on nearby residents and the Sydney Secondary College Blackwattle Bay Campus. We will be alert to any future possibility that changing circumstances will open a further opportunity to rethink and reduce the size and scope – and maybe even the cost- of the planned building.

Locals have been fascinated by the slow demolition of the Hanson’s Concrete Plant on the site over the last few months.  We now have a tantalising but temporary experience of what it would be like if the head of the Bay had been returned to the public as open space connecting with Wentworth Park.

In 2018 the Glebe Society, while not opposing the medium-term relocation of Hanson’s on Glebe Island, recommended the Minister take strong and effective measures to minimise the negative impact on the residents and on the environment from the intensive industrial activities being sited there to service the multiple large infrastructure projects nearby. This has now become a significant problem will be an ongoing issue for the Glebe Society to monitor in conjunction with Pyrmont community groups.

In recent months we have had to respond to two separate planning proposals relating to the Blackwattle Bay foreshores.

In the context of the Government’s determination to ‘revitalise’ this new frontier, the Blackwattle Bay foreshore provides the only available large site for intensive development close to the CBD. It is mainly publicly owned. The Government is clearly determined to fully exploit this opportunity.

In May 2020 Infrastructure NSW, produced a Blackwattle Bay Revitalisation Plan for consultation which put forward three scenarios as options.  The scenarios provided for different balances of commercial/residential development but all had the same overall density, included three high rise towers up to 46 storeys and the same proportion of overall open space (30%).

The Glebe Society response in July (written by Lesley Lynch) while we acknowledged that the scenarios contained attractive elements, we focussed on the core elements. Our main reaction was a strong objection to the over-development of the foreshore and particularly to the three proposed towers. Notwithstanding assurances that their positioning would limit their overshadowing of Wentworth Park and the Glebe Foreshore park they would be out of character with the surrounding areas and would detract from the landmark Anzac Bridge. We argued that the proposed density of residents/workers was clearly excessive and beyond the capacity of transport facilities even with the proposed improvement. We argued for more and better configured green open space and while welcoming the commitment to the foreshore promenade expressed concern as to its width and continuity to the Anzac Bridge.

In July 2020 the Pyrmont Peninsula Planning Place Strategy (PPPS) was released by the NSW Government. It covered seven sub-precincts ‒ including Blackwattle Bay and Wentworth Park. While it is a draft proposal and will go through several stages before finalisation, it is clearly a very significant document that presages a significant shift in planning rules and in particular in relation to high rise development.

This broader plan originated from the Premier’s public anger at the refusal of planning approval for the proposed Star Casino’s 66-storey tower on the Pyrmont foreshore in July 2019 and her subsequent direction to the Greater Sydney Commission (GSC) to do a super-quick review of the suitability of the planning controls and rules for The Western Harbour Precinct including the Pyrmont Peninsula Planning Framework. The Glebe Society (Lesley Lynch and Asa Wahlquist) made both an oral presentation to the GSC and a written submission in September 2019 in which we expressed our concern as ‘to motive, process and possible outcome’ of the review and suggested it looked as if the purpose was ‘to overturn a totally appropriate’ planning decision the Premier did not like.

The report from this swift review contained some interesting proposals and argued for good planning processes including a strong emphasis on place-based planning with which we agreed. It also found that the existing planning controls for the Pyrmont Peninsula were not appropriate to the Government’s economic and job creation development priorities and provided the Premier’s desired circuit breaker to change planning rules.  It was designed to kick-start an accelerated development agenda in Pyrmont/Ultimo – and on the Blackwattle Bay foreshores.

The development of the recent PPPS proposal flows directly from this report and is explicit that its primary objectives and drivers, are ‘to unlock the economic potential of the Pyrmont Peninsula’ with the objective of: ‘positioning Pyrmont to be an attractor for global investment, driven by the connectivity of the Peninsular to Sydney’s CBD, complementing and strengthening its position as a place at the cutting edge of the future of work’. The primary objective for Blackwattle Bay is to create ‘a new urban quarter’ generating jobs and employment. This could include an entertainment, events and cultural space to ‘support a vibrant 24-hour entertainment and cultural precinct’ The proposal includes the three high rise towers from the previous proposal.

The Glebe Society made a submission in response to the PPPS (written by Lesley Lynch) in which we accepted that these are appropriate and potentially beneficial objectives – but with a very large caveat. These priority objectives must be balanced with other social and heritage values and must improve not undermine the amenity of the existing communities.  The submission can be read here: https://www.glebesociety.org.au/submission-on-pyrmont-peninsula-place-strategy-september-2020/.

In our view many of the proposals in the PPPS do not deliver on this balance. In particular we argue that to gain community support, key proposals in relation to high rise development and population density will have to be curtailed and provision of open space and social infrastructure expanded.

We applaud the commitment to a continuous foreshore walk to Walsh Bay but argue that it should be wider than 10 metres for safety reasons and to create more open green space on the foreshore.

If there is to be residential development on the foreshore we argue for a serious and significant allocation of affordable and social housing in the range of 30-40% of the overall residential provision – noting that most of the land is publicly owned.

We welcome the commitment to ‘restore/reinstate/interpret the historic Glebe Island Bridge structure to provide active transport access to Bays West’. What this means for the actual structure of the bridge is unclear – but it does make an explicit commitment to maintain a non-motorised transit route to the Bays West which will be an important link.

The PPPS commits to investigate the return of the Greyhound racing track to public space on the expiry of their lease in 2027. We welcome this – although the public has always presumed this would happen – and reaffirmed our conviction that the community would vehemently resist any development (e.g. a major sports arena) of any part of Wentworth Park which would restrict public access.

Wentworth Park Sub-precinct: It is proposed to revitalise an area near Wentworth Park to allow an increase of 1,115 people and 1,200 more jobs with a focus on creative industries, galleries and events. The redevelopment will involve adapting urban warehouses and wool stores for these new jobs and industries.  Nothing specific is indicated re heights of adapted buildings beyond the note that ‘building design will take advantage of sloping land between Jones and Wattle Streets’.

With the caveat that little detail is provided for these development proposals, we broadly supported these proposals.

Transport and traffic planning: The most challenging issues around Blackwattle Bay relate to the difficulty – if not insolubility – of the traffic congestion problems and the provision of adequate transport options to cope with the major increase in people and vehicle movement that will be generated by the major commercial and residential developments that are proposed.

There was a last-minute Blackwattle Bay Traffic and Transport Strategy made available to the community in July 2020. It was not a plan but ‘a high-level document outlining short to medium term modal strategies to support the new Sydney Fish Market development and re-zoning of the wider Blackwattle Bay. It did include some good and achievable proposals but did not come close to a comprehensive transport/traffic plan.

Both the recent proposals for Blackwattle Bay include a range of proposals to make it ‘easier to move around’. These include significant improvements in access to public transport – most notably the apparent commitment to a Metro station in Pyrmont.  The PPPs also proposes a new bus route. The community is hopeful that more ferry services will become available. Beyond that the solutions are focussed on promoting active movement: walking, cycling, skating.  Parking will almost certainly remain insoluble ‒ although the PPPS proposes some novel solutions including mutli-utility hubs situated throughout the Precinct.

At this stage numbers of positive and innovative proposals have been put forward to improve options and ease of moving around, but the transport and traffic problems for the whole Precinct – and particularly Blackwattle Bay ‒ are far from resolved.

The Bays and Foreshores role involves a wide range of meetings and interactions. This year, Asa Wahlquist and I have participated in regular meetings with the Blackwattle Bay Community Reference Group, the Sydney Fish Market Community Consultation Group, the Blackwattle Cove Community Coalition, Infrastructure NSW and with our local MP Jamie Parker. We have also written a number of updates on the Bays for the Glebe Society Bulletin.

The next stages in the development of the Pyrmont/Ultimo and Blackwattle Bay development plans will be hugely important for Glebe and our Pyrmont and Ultimo neighbours. The future of existing planning controls for communities adjacent to the CBD and the character of our built environment appear to be under serious pressure from Government.

I am not continuing in the Bays role next year. Asa Wahlquist is taking over. I wish her well. I know her to be well prepared. My thanks to the Committee for many very positive experiences over the years and for the opportunity to engage in planning matters in defence of the public good.

I have hugely enjoyed my 12 years on the Glebe Society committee as President and Convenor of the Bays and Foreshores committee – but I am confident I will equally enjoy my liberation from responsibilities.