At last – an upgrade for the Fish Market – The Glebe Society

At last – an upgrade for the Fish Market

After years of trying it looked like the only option would be, in the words of the Managing Director of Sydney Fish Market, Grahame Turk, to put lipstick on the bulldog.”

But how things can change when there is an election in the offing! On 7 April the Government announced that it would contribute $20 million to the redevelopment of one of Sydney’s iconic locations – the Fish Market at Pyrmont.

Together with $20 million from the company that runs the market, this will provide improvements to vehicle access, parking, additional wholesale and retail facilities and, from the public’s perspective a waterfront park and promenade along with a repaired sea wall and a reduction in the market’s characteristic odour.

It appears that the announcement of the upgrade was put together in rather a hurry so we will have to await the development application (DA) before all the details will be available. However based on what has been made public so far, the upgrade can be seen as both a disappointment and a triumph – a disappointment because Grahame Turk had developed a far more ambitious and attractive plan which the Government declined to support, but a triumph for Grahame’s determination to fix the market’s many problems and make it an attractive destination for Sydney residents and tourists.

The Government funding will go towards improving the basic infrastructure (the site is owned by the Government) and public open space, while improvements that support the market’s commercial functions will be funded by the company.

Since its formation the Blackwattle Cove Coalition has advocated an upgrade of the Fish Market, and it will continue to press for improvements. For example, while it appears that the upgrade cannot fund a wider public promenade in front of the main building, we hope that management may be able to convince retailers that their front door should face the water, and find somewhere else to park their waste bins. We will examine the DA when it is lodged and offer further comment.

Other issues that the announcement prompts are the future of the “cesspit” between the market and the ruins of the coal bunker, and how access to Wentworth Park can be improved. 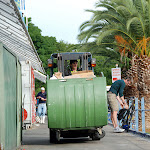 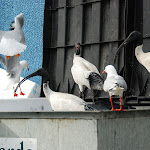 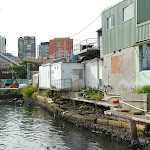 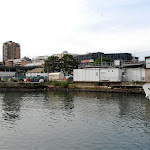 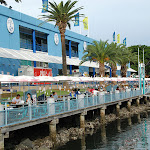 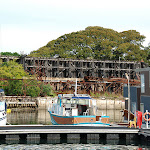 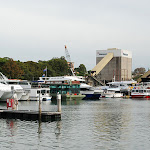 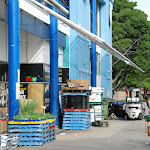