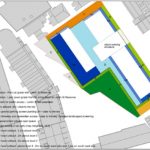 Why Orphan School Creek is Important
Posted on 7th September 2017

Fifty years ago the bays’ foreshores, and all the watercourses that drained into them, were lined with industrial uses, most of them in terminal decline, and many already defunct and derelict. The biggest drain was the concreted Johnstons Creek. At the Children’s Hospital, Camperdown, it was joined by a tributary, Orphan School Creek. 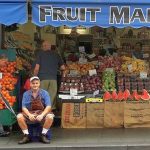 The well-known Glebe institution, Galluzzo Fruiterers, is arguably the greenest greengrocer in Sydney. 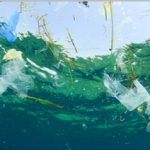 What Are We Going To Do about Plastic Bags?
Posted on 29th June 2017

Lightweight supermarket bags are used, on average, for 12 minutes. But they take hundreds, perhaps 1,000, years to break down.
Far too many plastic bags end up as litter. In the water the bags become a danger to marine life. Glebe, as a waterfront suburb, has a special responsibility to ban plastic bags. 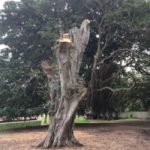 Last year a Ficus obliqua (Moreton Bay Fig) in Jubilee Park, close to the western entrance to the light rail tunnel in Victoria St, had almost died. The Society wrote to the City asking that the tree be retained and made safe by pruning The City accepted our request and the Ficus has now been expertly pruned and we look forward to seeing its use by Glebe’s native fauna. 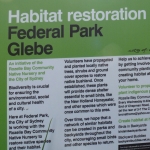 The Johnstons Creek Parkland Master Plan, includes:
– the Hill (currently inaccessible).
– the canal naturalisation.
– the large freshwater wetland – ‘a highly visible expression of the parklands’ signature character’.
– various upgrades to existing parks, including a fountain, a kayak and canoe launching pontoon and a new bridge close to the Bay.
A lovely vision for this critical area, which we need to ensure becomes reality. 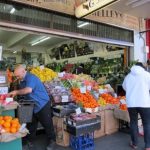 Food security is a major environmental issue on a global scale. Food waste is a big part of that problem with waste occurring at all stages of production, distribution and consumption. The Bulletin interviewed well-known local fruit and vegetable supplier, Joe Galluzzo, on his experience of the effects of the supermarket chains on the trade.

In 2014-15 the Environment Subcommittee participated in the city-wide ‘Garage Sale Trail’ and took part in consultation and feedback processes on two of the City’s major sustainability policies.

The draft Energy Efficiency Master Plan for the City of Sydney is open for comment until 4 May. The Master Plan is a good news story as it provides strategies that will achieve significant greenhouse gas reductions while saving money for business and residents. 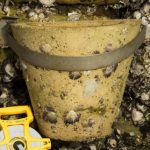 Enter the flower pot: the latest in habitat creation. 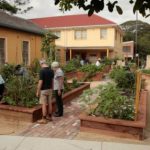 Glebe’s charms are about to be given an international focus through two separate projects, one interested in Glebe Walks, and the other in St Helen’s Community Garden. 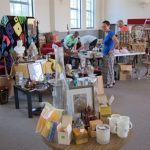 We called our garage sale ‘Glebe Grunge and Glory’ and were able to use the Glebe Justice Centre building on St Johns Rd as the venue. Held on Saturday 25 October, a dazzling range of pre-loved goods was offered for sale or donation.

The City of Sydney has included in the landscaping design a number of features to provide improved habitat for both plant and animal life. As well as planting hundreds of shrubs and native grasses to provide habitat for small birds and animals, the edge of the foreshore has been improved to create saltwater mangroves and endangered coastal salt marsh habitats.

The City of Sydney has released its draft Advanced Waste Treatment Master Plan. The City’s resident consultation process was through in-depth workshops held over three weeks. 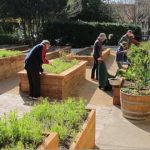 The garden attracts constant interest from local residents and visitors, with people wandering through the garden to keep track of the veggie plantings, or to sit on the convenient ledges for a rest or a chat.